Skip to content
Knowing about steam engine parts, make you familiar with the steam engine.

Steam engines are used widely in engineering up to 1930 for the generation of power.

The diesel engine and the petrol engine is the common example of internal combustion engines.

Steam engines are widely used on ships and on railways in old days at present they are replaced by diesel engines. 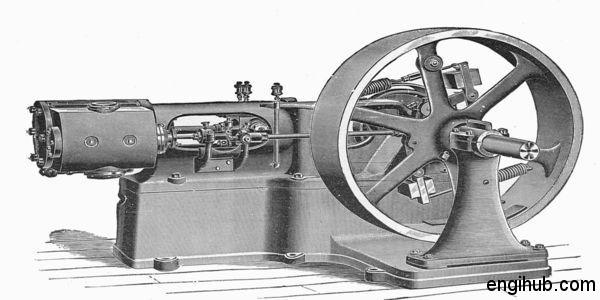 It is the heavy casting that supports all the stationary and moving parts of the engine and holds them in proper alignment.

It is the cast-iron cylindrical hollow vessel in which the piston moves to and fro under the pressure of steam.

The crank side end and an outer end of the cylinder are closed by end covers and made steam-tight.

It is the cast-iron cylindrical disc moving to and fro in the cylinder under the action of the steam pressure.

This part converts the heat energy of steam into mechanical work.

A Gudgeon pin is used to connect one end of connecting rod to the crosshead. Its open end is connected to the crankshaft.

It is made from mild steel on which a flywheel is mounted on it.

It is supported by the main bearings of the engine and it is free to rotate in them.

The slide valve also exhausts the steam from the cylinder at the proper moment.

This part support crankshaft and is fitted in the engine frame known as a main bearing journal.

Hence it carries the crank smoothly over the dead centers.

The speed of the engine is controlled either by the quantity or pressure of the steam supplied to the engine.