Skip to content
The performance of the engine depends on valve timing, mean effective pressure, and rotational speed.

Mean effective pressure is limited by fuel and the strength of materials.

The only way to have higher performance is to have a higher rotational speed. 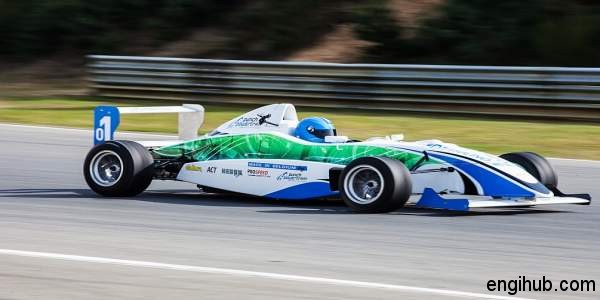 In some un-supercharged racing cars, the inlet valve opens as early as 25 degrees before the top dead center.

The exhaust valve opens 55 before the bottom dead center and closes 25 degrees after the top dead center.

Thus you can see that the inlet and exhaust valve open and close in four strokes Otto cycle engine is as follows, 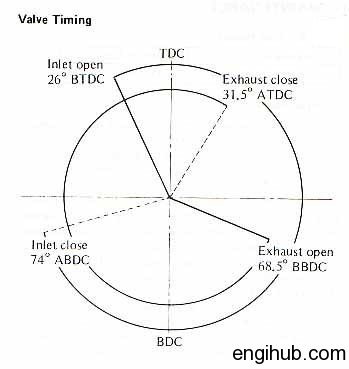 01) Inlet valve opens 10 to 30 degrees in advance of the top dead center position.

Closes 30 to 60 degrees after the bottom dead center.

02) Exhaust valve opens 30 to 60 degrees in advance of the bottom dead center position.

Closes 8 to 25 degrees after the top dead center position.

It has been found practically that the actual maximum pressure in such an engine is only about half of the theoretical value.

Similarly, because of the resistance of the exhaust valve to exhaust gases leaving the cylinder, the actual pressure inside the cylinder during exhaust stroke is slightly higher than atmospheric pressure.

Due to this, there are some losses that occur which are called “Pumping Loss”.

This loss is treated as negative. Hence, subtracting from the positive work done, thus we get the network done during the cycle.

So, Here you find the Best Engineering Resources for further details
Further Reading High-performance Engines FORD Small Block
If you like the post, share it with your friends and also on social sites.