In the engineering Plant, the Cast Iron is obtained by re-melting Pig Iron with Coke and Limestone in Cupola Furnace.

The Carbon in it is present in either of the following forms,

Hence we cannot use this material in those Parts of Machines that are subjected to Shocks.

This is due to its Property of Brittleness. 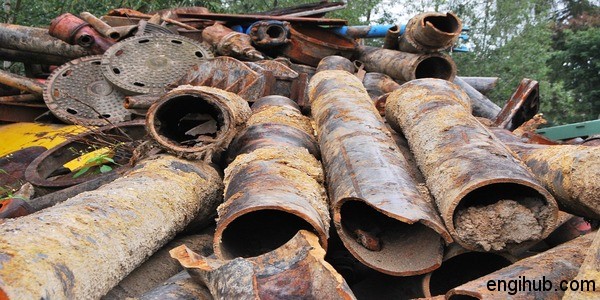 So, Below is the description of Cast Iron

The Compressive Strength of this material is much greater than the Tensile Strength.

These Properties made, a valuable Material for Engineering purposes.

As you know from above, it contains small percentages of Silicon, Manganese, Phosphorus, and Sulfur.

These may be treated as Impurities in the C. I.

So, the effect of these Impurities on the Iron is as follows.

It makes C.I. Hard and Brittle. Hence it should be kept well below 0.1% for Foundry Purpose.

Also, it helps to exert a controlling influence over the harmful effects of Sulfur.

Hence has become an engineering material with a wide range of applications and is used in pipes, machines, and automotive industry parts.