The prefix ‘hydro’ refers to water which is a pretty powerful source of energy. This you can also experience by standing below a waterfall or standing inside a flooded river.

Hydroelectric Energy was the prime thing at the beginning of the industrial revolution. It provided mechanical power for the textile and engineering industries.

As hydroelectric energy is important to us, it is also important to know all about this clean, renewable energy.

Let’s start to go deep inside the topic to get all the information about the widely used clean energy source called hydroelectric energy. 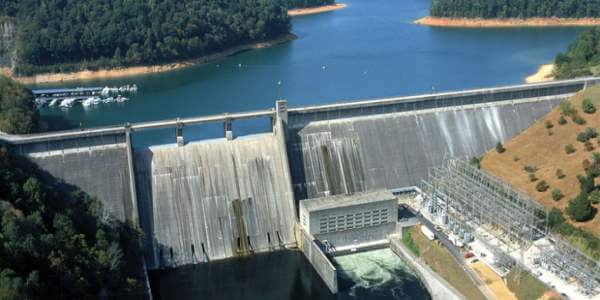 Hydroelectric energy is considered a renewable energy resource because it ‘renews’ itself as it is used. This does not happen in non-renewable energy sources like coal or gas or crude oil. 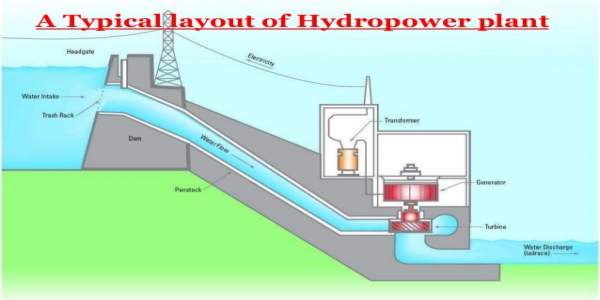 Hydroelectric power or hydropower is the energy of flowing water that is captured and turned into electricity.

The basic parts of a hydroelectric plant include a hydro dam or reservoir, control gate, penstock, water turbine, generator, surge tank, and a power distribution system.

The principle of hydroelectric power generation is very simple. There are no other complicated reactions that took place to nuclear power.

The mechanical energy produced by the turbine starts rotating the generator. This activated generator produces electricity which is supplied to a power grid.

The dam is constructed to ensure sufficient water storage at height. Hence dam forms a large reservoir behind it. The water head determines how much potential energy is stored in a reservoir.

The amount of water that is to be released into the penstock can be controlled by a control gate.

A penstock is a huge steel pipe that carries water from the reservoir to the turbine.

When the water turbine blades are rotated, it drives the generator, and electricity is generated. This is then stepped up with the help of a transformer for transmission purposes.

Advantages And Disadvantages Of Hydroelectric Energy

1. Hydroelectricity is generated from flowing water hence it does not produce greenhouse gases. So, hydropower is a clean energy source that is environment-friendly.

2.The average hydroelectricity cost is very much low compared to the cost of electricity generated by a thermal power plant.

3.Hydropower plant doesn’t use fossil fuel. So, the non-renewable energy resources can be used for some more decades.

4.The production of hydroelectricity can increase or decrease as per demand. During pick demand, the generation of power can be increased and during less demand, it will decrease.

5.A hydro dam will increase the underneath water level of the surrounding area. Hence chances of more water being available through a bore well or tube well for agriculture purposes.

7.Water is available in all countries so no country should depend on other countries, as happens in the generation of nuclear power.

1.While preparing a reservoir by constructing a dam, many people have to relocate from their land. Hence they lose their homes, farms, and businesses. Shifting creates many social and physiological problems.

2.Dams are built blocking the flowing of water from one country to another or from one state to another. So, the water supply from the same river in the following country is out of their control. This can lead to serious problems between neighboring countries or states.

3.The building of large dams can cause serious geological damage. For example possibility of earthquakes has depressed the earth’s surface at its location.

4.The flooding of large areas of land means that the natural environment is destroyed.

5.Dams are extremely expensive to build.

6.Hydroelectricity generation and prices are directly related to how much water is available. A drought could potentially affect the generation of electricity.