The non renewable energy resources are limited and produce greenhouse gases. The greenhouse gases adversely affect the environment which is the main reason for global warming. Hence, it is today’s demand to use alternative energy to handle energy crises issue.

I have covered, solar energy and wind energy in detail at a below-mentioned article, hope you like to read it.

Among all other alternative energy sources, nuclear energy attracts more attention due to its high potential. 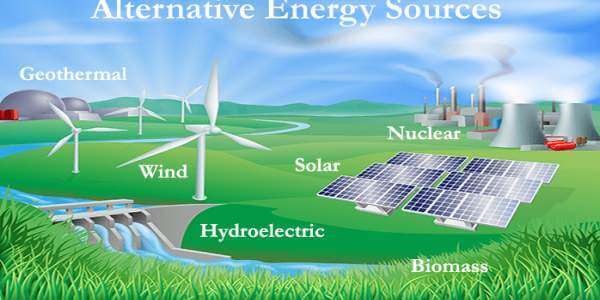 So, let’s move further to get details about nuclear energy

The history of nuclear energy starts in 1789 when Martin Klaproth discovers Uranium.

100 years later in 1895 Wilhelm Röntgen accidentally discovers X-rays. In 1896 Becquerel uses uranium and radium to discover alpha and beta rays. Becquerel is known as the “father of nuclear energy”.

In between 1902-1919 Ernest Rutherford conducted various experiments with this alternative energy.

Further in 1905 Einstein puts a theory relating mass and energy, E=mc2. This theory is known as Einstein Equation.

In 1913 Bohr publishes a model of the atomic structure which is widely accepted till today.

In the year 1938 Otto Hahn and Fritz Strassman, proved that when the atoms are split, energy is in turn released.

1951 is the year when the first energy created by nuclear power. An Experimental Breeder Reactor I is set up in Idaho to do this work.

The first nuclear power plant to produce electricity for a power grid is set up in 1954 by the USSR Government.

Nuclear energy is the energy in the nucleus, or core, of an atom. Atoms are those tiny particles in the molecules that make up gases, liquids, and solids.

There is a huge amount of power in an atoms dense nucleus. Atoms are made up of protons, neutrons, and electrons.

A huge alternative energy is present in the bonds that hold the nucleus together. These bonds are broken by nuclear fission, and the energy released can be used to produce electricity.

This action releases a large amount of energy in the form of heat and radiation. More neutrons are also released when a uranium atom splits.

These neutrons continue to collide other uranium atoms, and the process repeats itself over and over again. This process is called a nuclear chain reaction.

All nuclear power plant uses nuclear fission process to generate the heat. So, you can run the generator to produce electricity.

In nuclear fusion, energy is released when atoms are combined or fused together to form a larger atom. Sun is the best example of the nuclear fusion process.

Nuclear fusion is the subject of ongoing research as a source of energy for heat and electricity generation because of the difficulty in controlling a fusion reaction.

Nuclear power is a form of energy which is created by splitting apart the nuclei of atoms. A nuclear power or in another word atomic power is the use of nuclear reactions that release nuclear energy.

Initially, nuclear power is used to produce atom bombs. The worst example of nuclear power is first experienced when an American B-29 bomber dropped the world’s first deployed atomic bomb over the Japanese city of Hiroshima.

After this, world leaders decided to use nuclear power for the peaceful purpose. Nowadays benefits of nuclear power are counted in Ships and Submarines, Medical Science, food, and agriculture etc.

The greatest use of Nuclear Power today is to produce electricity by nuclear fission process in a nuclear power plant. 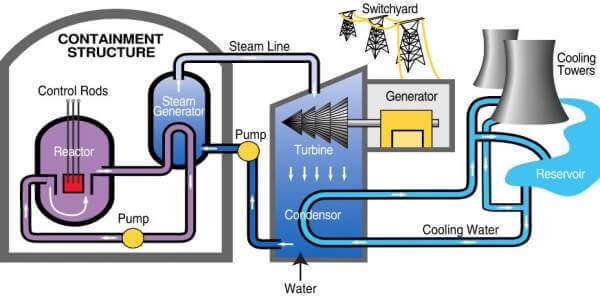 Nuclear energy, the best form of alternative energy, if used properly, is the blessing to the humankind. After the Second World War, a vast research is carried out in nuclear engineering.

90% of a nuclear fission reactor in the world is light water reactor which generates electricity very efficiently. From all types of nuclear reactors, the Nuclear Pressurized Water Reactor (PWT) and the Boiling Water Nuclear Reactor (BWR) are widely used worldwide.

How is electricity generated in a nuclear power plant?

How does a nuclear reactor work to capture the alternative energy

Okay, till now you have the information that nuclear power can be used as alternative energy. How will you capture this sustainable energy for a useful purpose? 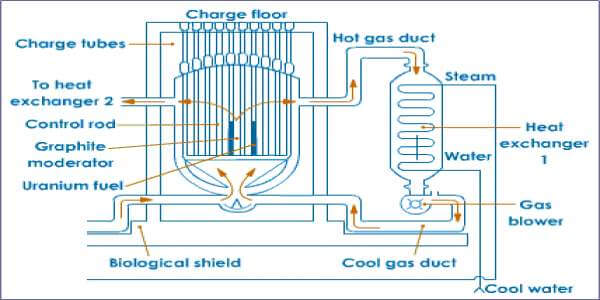 Like every other energy source, nuclear energy has both good aspects and bad. Hence, Nuclear Power is perhaps the most passionately debated.

There are safe ways to dispose of nuclear waste and reactor safety. So, the environmental impacts of nuclear energy can be reduced considerably.

Advantages of nuclear power as an alternative energy

Nuclear energy by far has the lowest impact on the environment since it does not release any harmful gases. There is no adverse effect on water, land or any habitats due to the use of it.

Nuclear power can be produced even in the cases of rough weather conditions. This is impossible in other renewable energy sources like solar or wind which require sun or wind to produce electricity.

Only about 28 gram of uranium releases as much energy as produced from 100 metric tons of coal. Hence comparing to other traditional fuel the cost of nuclear fuel is very less.

It requires a little amount of uranium to produce energy. So, the handling and transportation of nuclear fuel are easy comparing to coal or gas.

If nuclear energy is used to produce nuclear weapons or nuclear bombs, it can be a disaster for humankind. We had experienced this during the Second World War after the nuclear bombs were dropped on Hiroshima and Nagasaki.

Despite so many new technologies, there is always a possibility of uncontrolled nuclear fission in a nuclear reactor.

We have experienced it at Chernobyl or more recently Fukushima. The risk associated with nuclear energy is relatively high.

Radioactive waste emits radiations from tens to hundreds of years. Hence safe disposal is a headache for all countries, which is using nuclear energy.

The safe storage of radioactive waste has been a major hurdle for the expansion of nuclear programs.

This radioactive waste can be used to make nuclear weapons also.

When using nuclear energy for electricity production, it needs a lot of investment to set up a nuclear power station. This is not always possible for the developing countries to afford such a costly source of alternative energy.

Most of the countries have to rely on other countries for the constant supply of this fuel.

Considering the limited availability of nuclear fuel, will you think, is nuclear energy renewable? Put your thoughts in comments.