Steam is a gaseous form of liquid.

When any liquid is heated at a constant temperature, it starts changing in vapor conditions.

A vapor is a mixture of gas and liquid particles in suspension and it can be liquefied by moderate changes in pressure or temperature.

The process of vapor formation from the liquid state has some definite characteristics to follow; you will get details in thermal engineering. 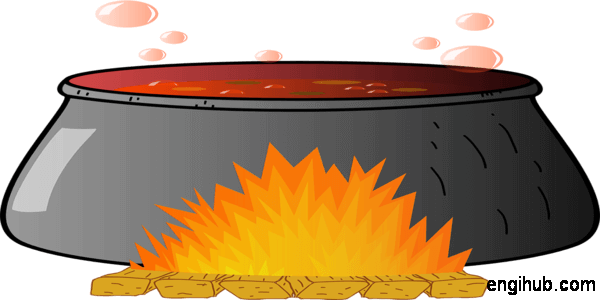 01) The heat supplied during the process of vaporization changes its state gradually from liquid to a gaseous state.

02) The vapor is said to be dry saturated when the process of vaporization takes place at constant pressure and temperature.

In another word, we can say when the liquid is completely evaporated it is called dry saturated.

03) The vapor is called superheated when the heat is added to the dry saturated vapor state.

In a superheated state, the temperature will rise gradually.

04) During the process of superheating a vapor at constant pressure, the volume will increase approximately in proportion to the absolute temperature, which indicates that the vapor is approaching the state of the perfect gas.

06) The latent heat of vaporization decrease with the increase of pressure and temperature but the sensible enthalpy increases under this condition.

07) The total heat (Enthalpy) of dry saturated vapor increases with an increase in saturation temperature.

After a certain saturation temperature, the rate of increase in sensible enthalpy is less than the rate of decrease in latent enthalpy, and hence, the enthalpy of dry saturated vapor decreases.

This will continue to happen until the saturation temperature is reached when the latent enthalpy becomes zero and the enthalpy of dry saturated vapor becomes equal to the sensible heat.

08) Steam cannot exist as a saturated vapor above its critical temperature.

At any temperature higher than the critical temperature (374.14-degree centigrade) the vapor can only exist as a gas without any effect of pressure.