Below mentioned terms are highly useful for your interview with engineering companies. These terms will help all particularly, the engineer who is related to I.C.Engine. 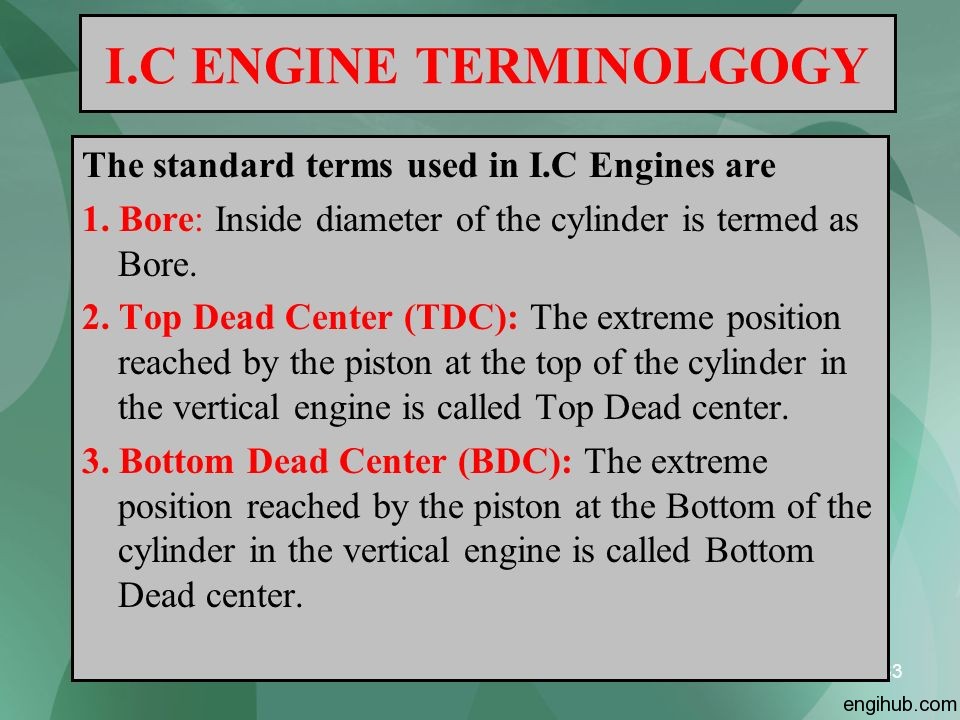 The Inside Diameter of the Cylinder is known as the Bore and it is measured in millimeters (mm).

They correspond to the positions occupied by the piston at the end of its stroke, where the center line of the Connecting Rod and Crank are in the same straight line.

At Vertical Engine, the topmost position of the Piston towards the cover end side of the cylinder is known as Top Dead Center.

In Vertical Engine, the lower position of the Piston towards the Crank end side of the cylinder is known as Bottom Dead Center.

It is also known as “Swept Volume”. This is the volume through which the Piston sweeps for its one Stroke. It is equal to the area of the cross-section of the Piston multiplied by its Stroke Length.

The Clearance Volume is generally expressed as a percentage of Swept Volume.

It is the ratio of the total Cylinder Volume to the Clearance Volume. For Petrol Engines the value of the Compression Ratio is varied from 5:1 to 9:1 and for Diesel Engines varies from 14:1 to 22:1

It is the distance traveled by the Piston in one minute. The piston Speed=2LN meter/min. If the R.P.M. of Engine Shaft=N and length of Stroke=L meter.